Rodríguez comes from behind to win in Guadalajara 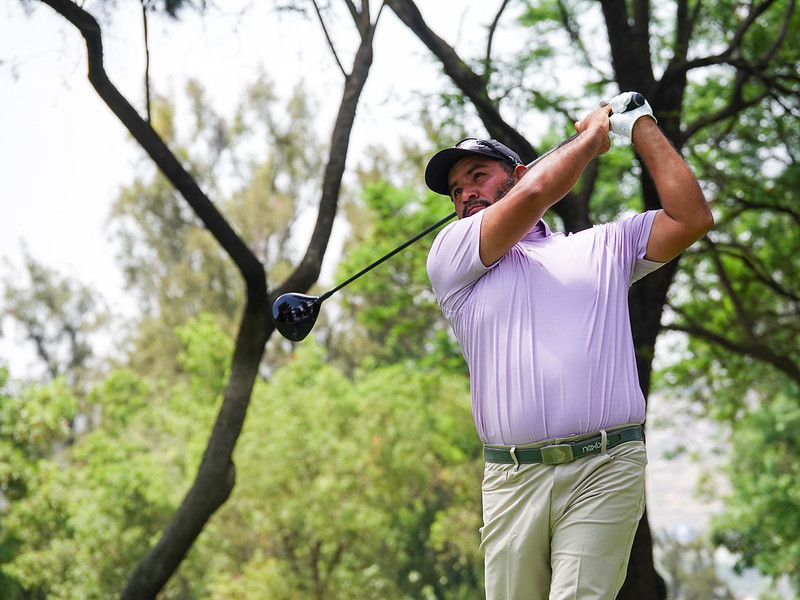 Rodríguez comes from behind to win in Guadalajara
GUADALAJARA, Mexico—Given his solid track record at Atlas Country Club and his
stature as a Korn Ferry Tour player who spent a full season on the PGA TOUR in
2018-19, José de Jesús Rodríguez of Mexico turned out to be unstoppable Sunday at
the Jalisco Open Guadalajara. The 41-year old shot a 6-under 30 on the back nine to
run away from the pack and set himself apart as the only player with five career PGA
TOUR Latinoamérica victories.
At 15-under 269 for the week, Rodríguez finished three strokes clear of U.S. player
Austin Hitt, who fired a 66 for the second consecutive day to finish solo second.
Mitchell Meissner and Kevin Velo, the players who entered the day in a tie for the
lead, shot 70 to join Myles Creighton of Canada in a three-way tie for third, at 11-
under.
Finishing in the top three for the third consecutive tournament, Meissner
strengthened his position as Totalplay Cup No. 2, moving only 19 points behind
overall leader Jorge Fernández Valdés of Argentina, who tied for 16th at Atlas
Country Club.
With 12 players within three shots of the lead at the start of a day that provided
great scoring conditions, there were several players in the hunt for the ninth title of
the 2021-22 PGA TOUR Latinoamérica season.
Trailing by two through 54 holes, Rodríguez got off to a slow start, bogeying two of
the first four holes to stand further behind. After birdies on 6 and 8 to get to 1-under
for the day, Rodríguez picked up his pace with a decisive eagle on the 10th, a 450-
yard par-5, a hole he played in a cumulative 5-under for the week.

“The eagle on 10 was the key moment of the round. I hit driver off the tee, and then
I picked an 8-iron from 195 yards. I hit it pin high and made the 10-footer. I made the
most of my opportunity there, and the eagle raised my confidence. After that, I just
wanted more, and I tried my best to go as low as I could,” said Rodríguez, who
birdied 11 and 13 to claim a lead that he would not surrender.
He extended his advantage with another birdie at the par-5 15th and then sealed the
deal by sinking an 18-footer for his last birdie of the day, at the par-3 17th.
“I have been striking the ball really well lately, and this win makes me feel great
about my return to the Korn Ferry Tour, where I’m hoping to work my way back to
the PGA TOUR,” said the man who holds the 32nd spot on the 2022 Korn Ferry Tour
Points List. While making the cut in eight of 11 starts, Rodríguez has recorded two
top-10 finishes at the next level this year, including a tie for third at the Chitimacha
Louisiana Open in March.

With this victory, Rodríguez separated himself from a group of four players who had
claimed four career wins on PGA TOUR Latinoamérica. Those at four victories are his
countryman Rodolfo Cazaubón, American Michael Buttacavoli and the Argentine duo
of Julián Etulain and Fernández Valdés.
The Jalisco Open Guadalajara showed up on his radar when he received an
appointment to renew his U.S. visa here last Wednesday. “I had played five weeks in
a row, and I usually don’t play more than four in succession. Anyway, I was going to
be here in Guadalajara, so I signed up for this one, and I’m grateful to God that I was
able to win it,” he said about the reason behind his first PGA TOUR Latinoamérica
event since claiming 2017 Player of the Year honors.
Did you know José de Jesús Rodríguez has now recorded three professional wins at
Atlas Country Club? He won a Mexican Tour event in consecutive years, beginning in