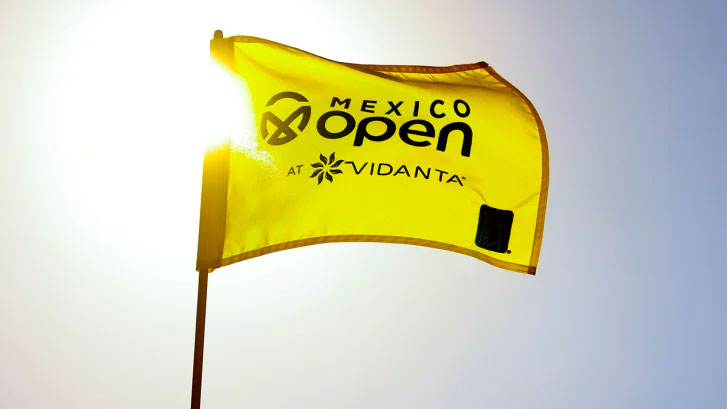 “The Mexico Open at Vidanta is committed to growing the game of golf not only in Mexico but around Latin America, providing opportunities to the best-performing players ready to compete at the highest level,” said Rodrigo Suárez Gilly, Executive Director of the Mexico Open at Vidanta. “We are very excited to extend this first exemption to the top Latin player in the Totalplay Cup standings as Grupo Salinas has been a key sponsor of this Cup, and we feel very proud of this alliance.”

“We are always looking for extra benefits for our players, and this is certainly an enticing invitation in Mexico, a country where we have a significant presence.”“We already have the winner of the Visa Argentine Open earning a spot in The Open Championship next year at Royal Liverpool,” Rhinehart continued. “Now to have the top Latin player in the Totalplay Cup standings through the JHSF Brazil Open knowing he will tee it up in Mexico against the best in the world is a significant opportunity for one of our players to showcase his talent.

”At the 2022 Mexico Open at Vidanta, Rahm outlasted Tony Finau, Brandon Wu and Kurt Kitayama by a stroke to win the title. Numerous Latin American players made the cut that week, led by Colombia’s Sebastián Muñoz, who tied for 29th.

This week, PGA TOUR Latinoamérica begins its Totalplay Cup season and its 11th season in history, at the historic Visa Argentine Open presented by Macro. Nordelta Golf Club is the host site for the second consecutive year. Jorge Fernández Valdés is the defending champion.