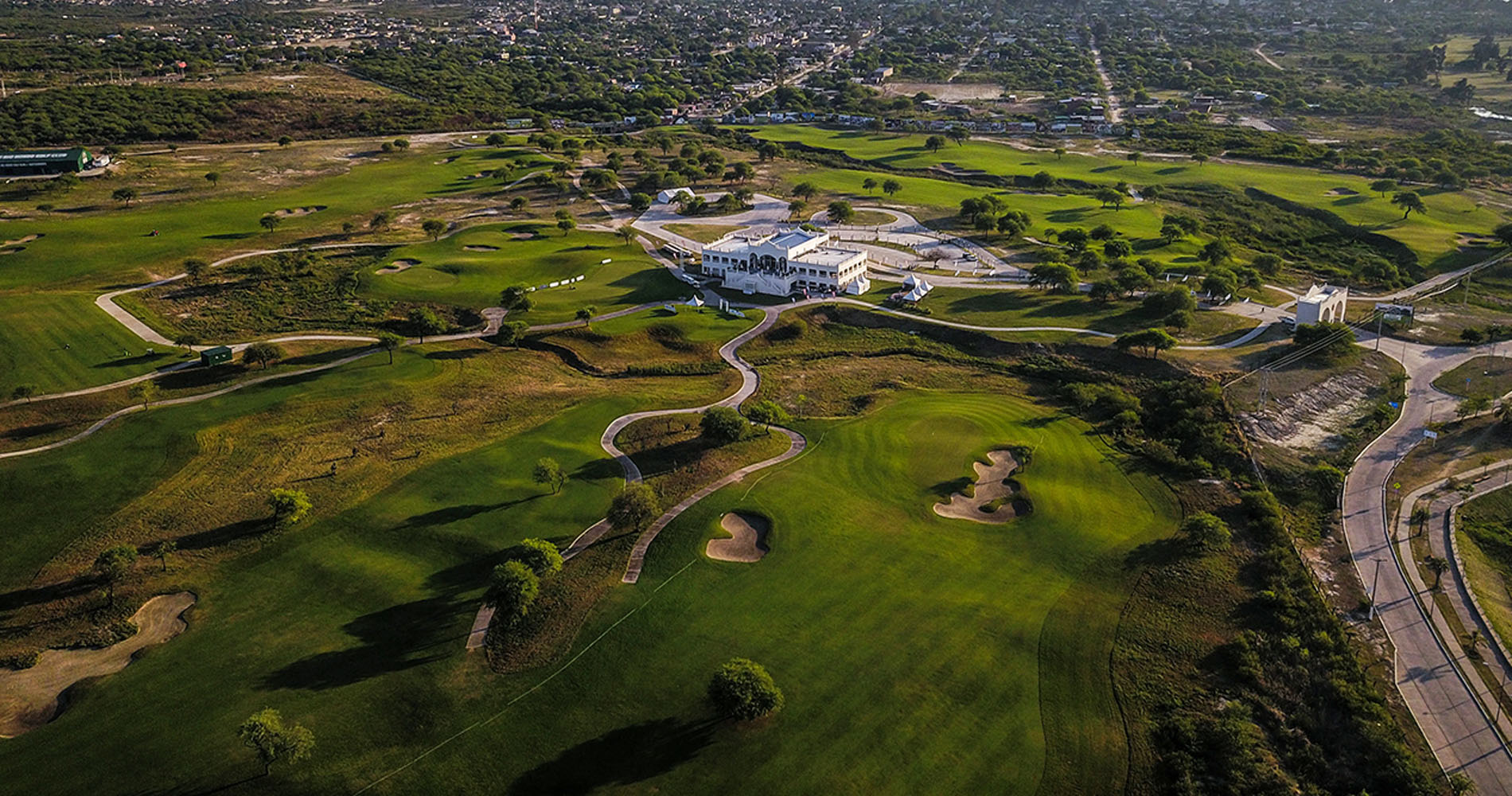 After playing three tournaments in three-and-a-half-month span to start its 2021-22 season, PGA TOUR Latinoamérica is set to play the remaining nine tournaments over the next 14 weeks. The busy race to the finish line starts Thursday with the Termas de Río Hondo Invitational in the Argentine province of Santiago del Estero. Fourteen weeks later (June 23-26), the season will culminate with the PGA TOUR Latinoamérica Tour Championship in Tulum, Mexico.

The exciting race to the finish line will determine the inaugural Totalplay Cup winner, with that player securing access to all 2023 open Korn Ferry Tour tournaments. Atop the standings since his win at the season-opening VISA Open de Argentina, Jorge Fernández Valdés is here to defend both the Totalplay Cup and the Zurich Argentina Swing standings lead.

“Playing here in Termas and at home in Cordoba next week is huge. It plays out differently, without the hassle of international travel these two weeks, which is very nice,” said Fernández Valdés, who drove his car 310 miles from his hometown. “It’s a huge two-week stretch for me, given the fact that I know and love both golf courses we are playing.”

This is not the same Fernández Valdés who played the last Tour event in Mazatlán, Mexico, a month ago. He had a life-changing experience on March 9 when his wife, Martina, gave birth to a baby girl. Proving their love for golf, they named her Azalea, after the iconic flowers at Augusta National always in bloom during the Masters Tournament.

“The day of her birth has been the happiest day of my life,” said Fernández Valdés, who now has another reason to play for and find success in golf. “We are a great team, the three of us. We all know my job demands quite a bit of traveling, and we are adjusting to the new circumstances, learning how to be parents, as well.”

Ranked second in the Totalplay Cup standings, only 145 points behind Fernández Valdés, Alan Wagner is also excited to be playing back-to-back events in his home country. Looking even further ahead, he believes the nine-tournaments-in-14-week stretch will make things even easier for him and his fellow PGA TOUR Latinoamérica competitors.

“It’s hard to play well when you are playing one tournament a month or every other month,” says Wagner. “Playing as often as we are going to be playing the next few weeks is great for us to set a good pace, competing week after week. The goal is quite clear at this point, it’s about getting that Korn Ferry Tour card at all costs. I feel great, I feel confident, and I look forward to playing the remaining tournaments on the schedule.”

Located in northern Argentina, 600 miles from the capital city of Buenos Aires, Termas de Rio Hondo Golf Club provides a terrific layout. Designed by renowned Robert Trent Jones, Jr., the course was built as part of a master plan to attract tourism to the area. Open since mid-2018, it is truly a world-class public golf course.

“This is a tournament we need to keep playing for many, many years. Our partnership with PGA TOUR Latinoamérica has immense value and brings lots of international attention to our golf course and the city of Termas de Rio Hondo,” said Juan Manuel Pereyra, Termas de Rio Hondo Golf Club Executive Director.

The Tour’s only prior visit to this venue was 28 months ago when Argentina’s own Alejandro Tosti shot 19-under for a one-shot victory, which at the time was his first as a professional. Entering the week ranked 18th on the Totalplay Cup standings, the 25-year old is ecstatic to be here as the defending champion.

“It’s really nice to return to a course that has a special place in my heart. To win my first tournament as a pro here in Termas was very significant, and I can’t wait to start the tournament on Thursday,” said the University of Florida alum, surprised to see a gigantic billboard located left of the ninth fairway with a photo of the bunker save he made at the 72nd hole for a closing birdie that clinched the 2019 tournament title.

With most players coming from abroad traveling an average of 24 hours to get here, the 2022 Termas de Rio Hondo Invitational will feature a field of 144 players from 20 countries, with 31 of them representing Argentina. Besides earning Totalplay Cup points, specifically over the next two weeks, Tour players will be hoping to make the most of their opportunity to win the Zurich Argentina Swing, which provides a bonus of U.S. $10,000 to the player accumulating the most points in the trio of PGA TOUR Latinoamérica events in Argentina.

Besides the cash prize that goes to the player who earns the most money in the Zurich Argentina Swing tournaments, Zurich donates to charity for every birdie made on the 18th hole at each of these events. This season, the money raised through this charitable component is going to Fundación Discar, an organization focused on supporting people with intellectual disabilities. For each 18th-hole birdie, Zurich is donating 10,000 Argentine pesos. With 55 birdies recorded at the season-opening VISA Open de Argentina and Zurich doubling its donation, a check for 1,100,000 pesos was presented to Fundación Discar last December.

Totalplay Cup points: Awarded to the top-55 and ties, with500 going to the winner