Even with late stumble, Maguire in command at Doral 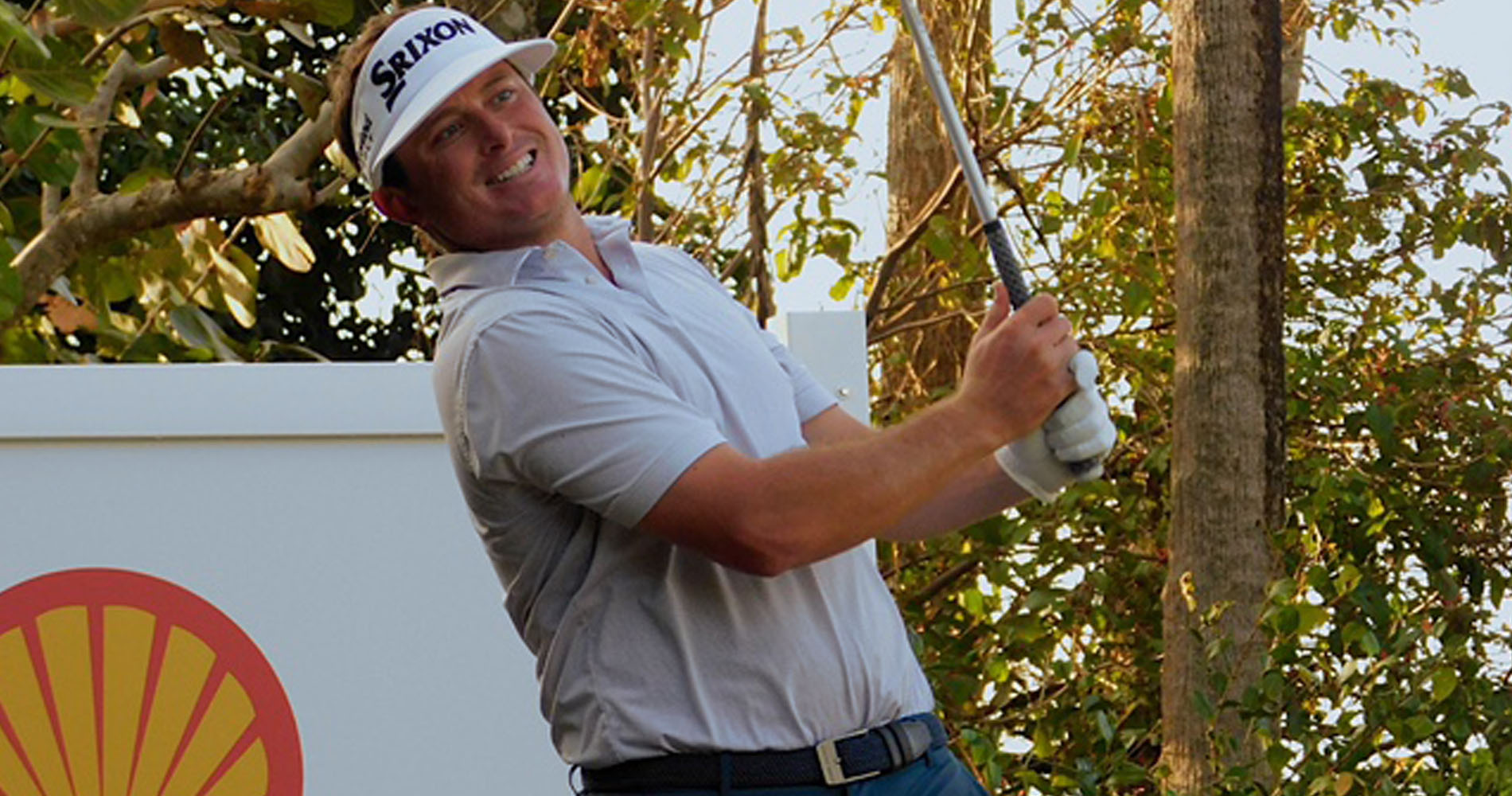 DORAL, Florida—To take a three-shot lead into the final round of the Shell Open, American MJ Maguire had to make a slippery, downhill, seven-footer on his final hole of Saturday’s third round, a putt he needed for double bogey. Maguire calmly drained the putt, and that left him with a 5-under at 12-under for the tournament. He holds that three-stroke advantage over fellow American John Somers. Argentina’s Andrés Gallegos and American Chris Wiatr both shot 69s at Trump National Doral’s Golden Palm Course on Saturday, and they’re tied for third, at 8-under, four shots behind Maguire.

It had been a sublime day for Maguire leading up to the 18th hole as he stood on the final tee at 14-under overall. After hitting his tee shot left into a stand of trees, his ball dropped into mulch next to the base of one of the trees. Maguire pitched out, his ball not getting back onto the fairway.

“I would have liked to have chipped it out a little farther, to get it in the fairway. I was still in the rough, and I had a flyer lie,” he explained of his second shot. “I took a wedge from 135 (yards). That’s normally a smooth wedge number, and it got up in the air. I think the adrenaline was going, obviously. I hit it good, and it just went too far.”

The ball landed in the water surrounding the green, a penalty stroke ensuing. From the drop zone, Maguire hit his fifth shot to seven feet, and he felt fortunate to walk away with only a double bogey. “It was not easy. It took my full attention,” he said of his final putt. “I didn’t want to walk off with a triple (bogey). I was happy to make that.

“That was my only real hiccup out there. If you would have told me at the start of the day, I would have taken 5-under. It’s fine,” continued Maguire, who has a pair of runner-up PGA TOUR Latinoamérica performances but no wins on his resume. He hopes to change that, with 18 holes remaining in the Tour’s restart to its season.

Prior to his 18th-hole adventure, Maguire had a clean scorecard, with seven birdies and 10 pars. Besides his final putt, the highlight of his day came on the par-3 12th, when he rolled in a 20-footer for birdie. “That was kind of a gift, a bonus on that island green,” he added.

Somers began the third round tied for ninth but surged into contention with a wild day that eventually saw him shoot a 5-under 66. On his front nine, Somers was even-par, with three pars, an eagle, two birdies, two bogeys and a double bogey. You read that correctly. One of his birdies came at No. 9, and he stayed hot, adding four additional birdies, finishing his five-in-a-row streak at No. 13. Somers added an eagle at the par-5 16th, a bogey at the 17th and a par to finish.

“It was a little bit of a roller-coaster, especially at the beginning,” the North Carolina native understated with a wry smile. Things began to go awry for Somers on No. 5, a hole he bogeyed. By the time he got to No. 8, he was 1-over for the day, playing that sequence of holes in 4-over.

“I kind of deviated from my game plan on five. I got a little nervous on the tee shot on the sixth and then before you know it, I was coming back to square one,” he noted. “I had to settle myself down and get things going.”

After three-putting No. 8, Somers holed out for birdie from off the green on the par-3 ninth, and it was a birdie fest going forward for the current Korn Ferry Tour member and winner of the 2019 Chile Open.