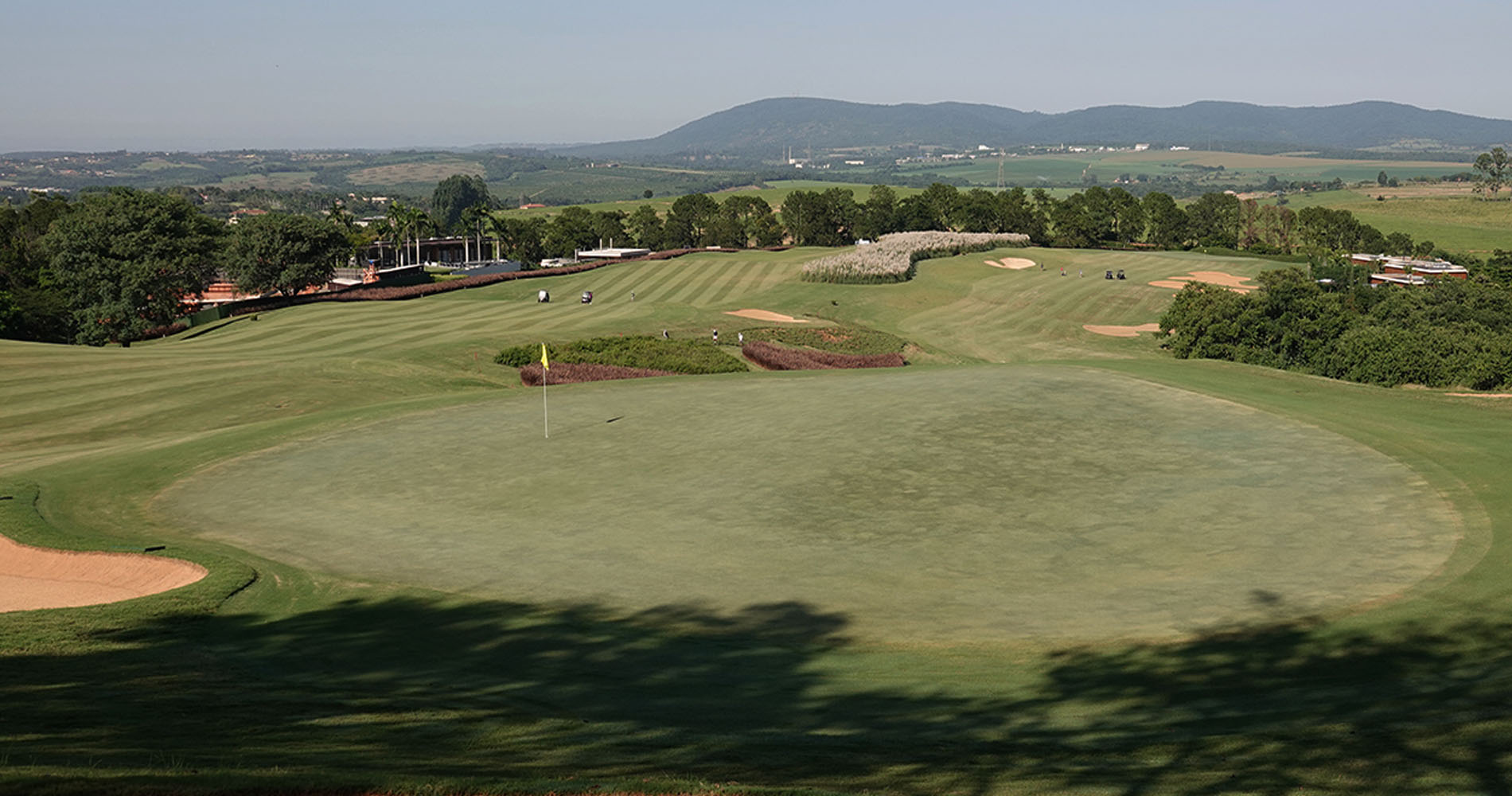 The JHSF Aberto do Brasil—the Brazil Open—is one of several top South American tournaments making a much-awaited return to the PGA TOUR Latinoamérica schedule this season. Last played in September of 2019, the tournament is set to start Thursday at Fazenda Boa Vista.

The 67th playing of the event that began in 1945 will be its ninth under the PGA TOUR Latinoamérica umbrella. Brazil is a South American giant, actually the fifth-largest country in the world. It’s a country of futebol(soccer), Carnival and exuberant nature and landscapes that Tour players love to visit.

“I like Brazil. I can’t speak the language, but we get treated very nicely, and it’s a beautiful property we are on,” said Matt Ryan, one of several players returning to Fazenda Boa Vista, a breathtaking property located outside São Paulo that is hosting the event for the third time.

As the sixth of 12 scheduled tournaments, the Brazil Open marks the halfway point in the battle for the Totalplay Cup. Including the JHSF Aberto do Brasil, the remaining seven tournaments will be played in a span of 10 weeks.

“The more we play, the better. The Tour will finish in late-June, and then we’ll have plenty of time to rest and plan for the following year,” said Jorge Fernández Valdés, who has accumulated 1,039 points in five starts to hold a 256-point lead over his countryman Alan Wagner atop the Totalplay Cup standings.

Those chasing the leaders know there is still plenty of time and chance to make a charge. A win at this point can do wonders, and that’s pretty much the only thing consistent players such as Mitchell Meissner, Jeremy Gandon and Cristóbal Del Solar have missed. The three of them enter the week ranked sixth, seventh, and eighth, respectively, just behind the Tour’s five tournament winners.

Meissner, a 25-year old from San Antonio, Texas, has been especially strong. He has recorded three top-10s and tied for 19th twice in five starts. “Game is good,” he said addressing his latest performances. “I won a tournament last week in Dallas, an All Pro Tour event. It finished on Friday, so I had time to rest before coming to Brazil.”

Ranked 49th and 51st, respectively, on the Totalplay Cup standings, the Brazilian duo of Rafael Becker and Rodrigo Lee are also hoping to have a big week at home. “The level of competition on PGA TOUR Latinoamérica improves every year, and I believe we will have some terrific scores this week,” said Lee. “I hope I can have a good week to boost my confidence heading into the second half of the season.”

A 6,830-yard par-71 designed by Randy Thompson, Fazenda Boa Vista provided plenty of fireworks during the last two playings of the event. In 2018, Canada’s Drew Nesbitt fired a PGA TOUR Latinoamérica all-time low, 12-under 59 in the second round, while Colombia’s Marcelo Rozo carded a final-round 63 to win by one stroke, at 20-under. The following year, American Shad Tuten shot 21-under for a two-shot victory.

“This is a course you need to play a few times. There’s a lot of undulation, especially on the greens. You really need to learn where to place the ball and which places to avoid, so the more repetitions you get, the better. The course is in top shape, so I’m looking forward to a great week,” said Fernández Valdéz, a former Brazil Open champion (2016), who fired a final-round-low 61 to tie for fourth at Fazenda Boa Vista in 2019.

Did you know several World Golf Hall of Famers have factored into numerous titles at Brazil’s national open? Roberto De Vicenzo won six times, between 1954 and 1973, while Billy Casper and Gary Player each won two tournaments, with Player firing a 10-under 59 in his 1974 victory at Gávea Golf Club. Sam Snead, Raymond Floyd and Hale Irwin also won. Among the most-prominent local winners is Mario González, who won eight times between 1946 and 1969.

Defending champion: Shad Tuten (U.S.) is not in the field

Totalplay Cup points: Awarded to the top-55 and ties, with500 going to the winner