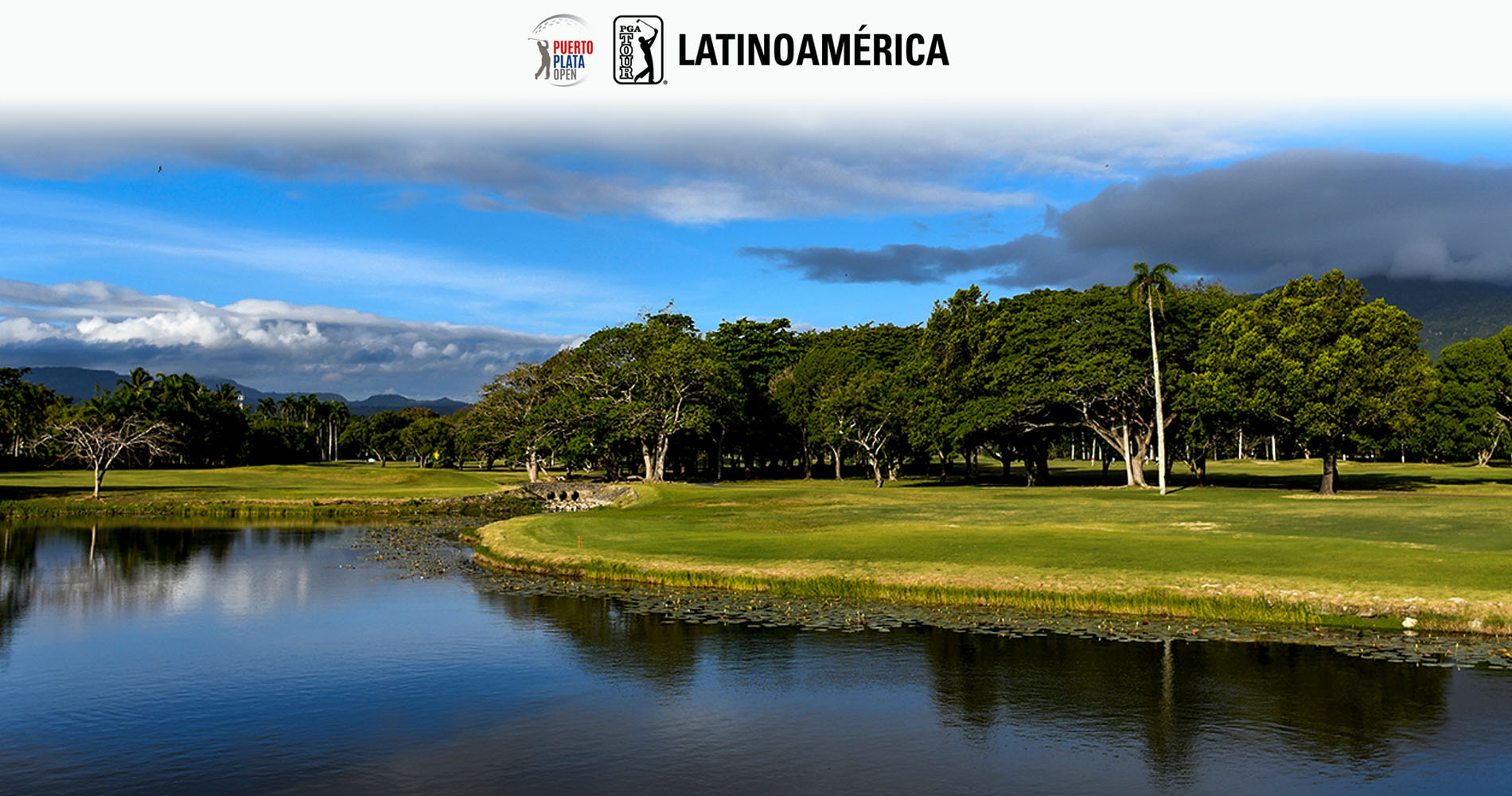 Additionally, with this week’s tournament, the Dominican Republic remains one of the five countries that has hosted at least one tournament in each season since the creation of PGA TOUR Latinoamérica in 2012.

SIZE: 144 players (including 10 from Monday qualifying)

Sunday, Dec. 20 – Fourth and Final Round

This will be the fourth time the event has been held at the Playa Dorada Golf Course. Here’s a recap of the previous three tournaments.

Chilean Cristóbal del Solar won what would be his second PGA TOUR Latinoamérica title. A birdie on the 72nd hole allowed del Solar to reach 14-under 270, giving him a one-shot win over American Scott Wolfes. Both players arrived at the 18th hole tied, but a great approach from 120 yards gave del Solar the advantage. Local favorite Willy Pumarol started the final round in the lead, but a 74 on the last day dropped him to a third-place tie with Brazilian Alex Rocha.

Argentina’s Andrés Gallegos won the title. Opening rounds of 66-64 allowed him to tie for the lead after 36 holes with American MJ Maguire. From there, Gallegos hit the gas, fired a 67 in the third round and added a bogey-free 65 Sunday to capture his first professional victory. He defated maguire by six strokes.

American Tee-K Kelly claimed victory by becoming the first player go on to win by leading a Tour tournament from start to finish. The 26-year-old finished seven strokes ahead of Australian Ryan Ruffels, his closest rival. After his triumph in Puerto Plata, Kelly added four more top-10s to finish seventh on the Order of Merit.

This week’s field is made up of 144 players from 20 countries.

Alexandre Rocha will play his second consecutive tournament as No. 1 on the Order of Merit. The champion of the Estrella del Mar Open comes into the week after tying for 28th at the Shell Open at Trump National Doral in Miami. The 43-year-old returns to Puerta Plata, a venue where in 2019 he tied for third place.

Last Sunday’s victory in Doral catapulted MJ Maguire to second place in the Order of Merit. The 28-year-old American is coming off a busy summer in which he played in all eight LOCALiQ Series events. On that Tour, created by the PGA TOUR to give members of its International Tours playing opportunities, Maguire only missed one cut and had two top-10s. Maguire is another who has fond memories of Puerto Plata. In 2018 he finished second.

Andrés Gallegos, champion of the Puerto Plata Open 2018, is one of the players who comes into the tournament on a roll. The Argentine finished second at Doral last week, battling eventual champion MJ Maguire on the back nine at the Golden Palm Course. At one point in the final round he was just one shot behind, but a bogey on No. 17 ended his chances against Maguire, who won by two strokes. The feelings are more than positive for Gallegos, who also remained active during the summer playing the LOCALiQ Series events—achieving one top-10.

Although ranked No. 30 on the Order of Merit, Tommy Cocha has traditionally played well at the Playa Dorada Golf Course. The three-time PGA TOUR Latinoamérica winner tied for 10th in 2019, tied for third in 2018 and was fifth in 2017. The Argentine is coming off top-20 last week in Doral.

Here’s the top-10 of the Order of Merit at this point in the season:

There are 11 Dominican players in the field this week. The only ones from the group who are members of PGA TOUR Latinoamérica this season are Willy Pumarol and Juan José Guerra. In the first two tournaments, in Mexico and the United States, Pumarol missed the cut. Despite that, he returns to a venue where last year he was in contention all week, entering the final round as leader and later finishing third. The Barry University graduate has posted five top-10s in 98 tournaments played in his Tour career.

For his part, Guerra is one of PGA TOUR Latinoamérica’s rookies this season. Although the 23-year-old missed the cut last week in Doral, he will be one to watch at Playa Dorada Golf Course. Guerra is currently No. 19 of the Order of Merit had a solid start to the season, achieving a top-10 at the Estrella del Mar Open in March.

Julio Santos, originally from Puerto Plata, is another standout among the locals. The 47-year-old veteran was a member of the PGA TOUR Latinoamérica from 2012 to 2014, and in his career he has played 33 tournaments with a tie for fourth at the 2013 Colombian Open his best result.

The other Dominicans in the field are five amateurs and four professionals. The amateurs are Julio Rios, Marcel Olivares, Federico Álvarez, Luis González and Rhadames Pena. The professionals are Hiram Silfa, Bolivar Almonte, Javier Núñez and J.C. Perello.

The course designed by Robert Trent Jones, Sr., is a layout where wind is always a factor. Opened in the late 1970s, Playa Dorada Golf Course is located on the north coast of the island. This will be its fourth consecutive year it has hosted a PGA TOUR Latinoamérica event. The following are the scoring averages in 2017, 2018 and 2019:

PREMIER PARTNER: As Premier Partner of the PGA TOUR Latinoamérica, this week Volvo Car Latin America will play a prominent role at the Puerto Plata Open. In this exclusive category within the main professional golf organization in Latin America, Volvo Car Latin America as Premier Partner will continue to be part of the message that the Tour transmits by telling the stories of its players, their tournaments, graduates and the participation of the community in the countries where it competes.

PGA TOUR Latinoamérica is a professional golf tour created in 2012 by the PGA TOUR in collaboration with promoters, clubs and national golf federations in Latin America. The inaugural season in 2012 featured 11 tournaments in seven countries in the Latin American region. Since then, it has grown to include 17 events across 10 different countries in 2019. The Tour will hold three events in 2020 and additional tournaments in 2021 as part of a wraparound season. The points leader at the end of each season is awarded the Roberto De Vicenzo Award, and the top-five money winners from the PGA TOUR Latinoamérica Order of Merit earn Korn Ferry Tour membership for the following season.